Declan Kennedy was born in 1934 in Dublin, Ireland.  Margrit Kennedy Hübner was born in Chemnitz in Saxony, Germany in 1939, the beginning of the Second World War.  Declan has Irish, and Margrit German citizenship. They have been married since 1961 and have one daughter, one son-in-law and one grandchild. Both are architects and together their work has established the connection between architecture and ecology on an international scale.

Declan's career began as an assistant at the Department of Architectural History in Darmstadt. From there he moved to Regensburg, to work under Prof. Hebebrand on the plan to renew the Old Town. Margrit followed him in 1966 and together they stayed in Regensburg until completion of the contract two years later. Declan then got a job as a lecturer at the Duncan of Jordanstone College of Art in Dundee, Scotland, introducing a free system of architectural and planning education, and Margrit started her first job in a local

architectural firm, where she designed both a primary school and a vocational school.

A doctoral scholarship in environmental health planning in the Graduate School of Public and International Affairs (GSPIA) at the University of Pittsburgh, Pennsylvania brought Declan and Margrit to the United States. While Declan studied and taught, Margrit worked in an architecture and urban planning firm - Urban Design Associates - on large school projects. From 1971 to 1973 she completed a fellowship from the Carnegie Foundation at the same university where Declan studied, earning both a second degree in Urban and Regional Planning (Master of Urban and Regional Planning) as well as a doctorate (degree: Ph. D. in Public and International Affairs, 1979). 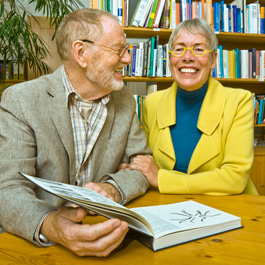 Berlin, which he was awarded in 1972. To complete examinations for her doctoral studies, Margrit spent another year in Pittsburgh before also moving to Berlin in 1973