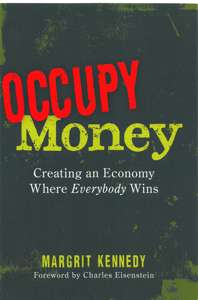 What is it to “occupy” money? We might find a clue in the Occupy Wall Street protests of 2011, which surely in­ spired the title of this book. Two defining issues stand out from those protests. Initially, the protests were moti­vated by wealth disparity and debt, and indeed, these are both topics that this book addresses. After the encamp­ments were established, however, a second issue came to the fore: the right to occupy public space. Occupy took on the sense of reclaiming something from the few that is supposed to belong to the many. Symbolically, the en­campments proclaimed: “This country is for everyone.”