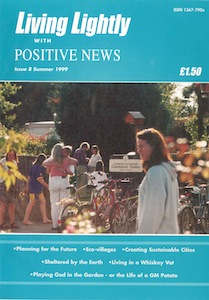 When a family from Berlin bought a settlement which had been originally planned and built in 1939 as housing quarters for an ammunition factory, they intended to transform it into a holiday resort. But then - inspired by the example of the Findhorn Foundation in Scotland, and with the help of six other founding members - they decided to initiate a spiritual and ecological centre instead.