Living In “The Garden Of Life” 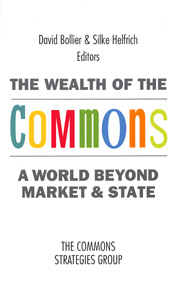 Since 1985, an intentional community of about 100 adults and 40 children in the middle of Lower Saxony, Germany, has created the “Lebensgarten Steyerberg” out of amunitions factory housing project built in the late 1930s for World War II. The anchor of the community, which is spread out over 65 buildings, is a large community building that serves as a cultural and social center. It has offices, a kitchen and converted hospital space now used for various seminars on health- related topics, including dance, massage and nutrition, together with the so-called Heilhaus (a former hospital now called the Healing Center).