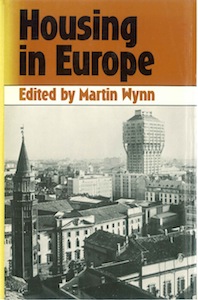 The amazing re-building programme which was implemented after the Second World War in West Germany has been seen as a model for many other countries in Europe. This achievement has become somewhat of a myth and has influenced opinions and politcal decisions in the Federal Republic of Germany itself, long after discerning people had realised that this country was heading towards a new housing crisis. Now, in the beginning of the eighties, forty years after the war, the poor state of housing in West German cities is being recognised by all political parties as an outcome not only of the general economic recession, but also of past housing policies.